Suffering on Display : An argument for historical nuance in British prison museums

In 2018, Dan Johnson was awarded the Herman Diederiks prize for an article he co-wrote with Rhiannon Pickin, Suffering on Display : An argument for historical nuance in British prison museums. Today, he tells us about his research and the impact this prize has had on his work.

I completed my PhD in the department of history at the University of York (UK) in 2019. My research focussed on ethical interpretations of crime and punishment in prison museums in the UK, and was supervised by Dr Geoff Cubitt and Dr Mark Roodhouse, blending public history and crime history together to better understand public perceptions of our criminal past.

Whilst studying, I was an active member of the Institute for the Public Understanding of the Past (IPUP) and led seminar groups for modules on modern history and public history. I have spoken at a number of international conferences in Manchester, Belfast, and São Paulo, as well as co-organised conferences about difficult heritage and digital history. I also served as the student representative for postgraduate teaching assistants for the department of history.

The title of my thesis was ‘Spectacles of Punishment: Representations of Poverty and Punishment in British Prison Museums’. My research largely focussed on exposing ethical problems in representations of prisoner narratives in British prison museums. I argued that many representations on display more closely resemble those seen on television sit-coms than archival records and statistics. I then examined how these misrepresentations are problematic and ethically dangerous both to the memories of the historical individuals used for display, but also for visitors to museums who often take the misinformation as fact, altering their perceptions of the historical prison experience.

When Rhiannon Pickin and I wrote ‘Suffering on Display’, we submitted the article to Crime, History & Societies without knowing about the prize. It was only after the paper was accepted for publication that we were notified that it had won the award. As one could imagin, we were both shocked and privileged to have won the prestigious award.

The Herman Diederiks Prize has given me the confidence to continue to research and write. I have been invited to participate in conferences and workshops that I would not have known about previously and I have been able to build on the prestige of the award in my career outside of academia as well, demonstrating my subject expertise.

Although I am currently working on turning my thesis into a series of articles and still actively participate in academic research and conferences, I have left academia and have begun a career in heritage design. 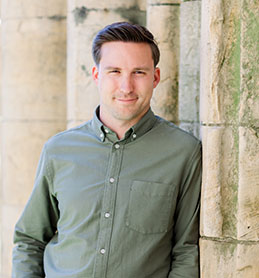