Jean-Pierre Dozon and Eloi Ficquet present the latest book of Robert Launay Savages, Romans, and Despots: Thinking about Others from Montaigne to Herder published by the University Presses of Chicago (English Edition), in the presence of the author.

From the sixteenth to the eighteenth centuries, Europeans struggled to understand their identity in the same way we do as individuals: by comparing themselves to others. In Savages, Romans, and Despots, Robert Launay takes us on a fascinating tour of early modern and modern history in an attempt to untangle how various depictions of “foreign” cultures and civilizations saturated debates about religion, morality, politics, and art.

Beginning with Mandeville and Montaigne, and working through Montesquieu, Diderot, Gibbon, Herder, and others, Launay traces how Europeans both admired and disdained unfamiliar societies in their attempts to work through the inner conflicts of their own social worlds. Some of these writers drew caricatures of “savages,” “Oriental despots,” and “ancient” Greeks and Romans. Others earnestly attempted to understand them. But, throughout this history, comparative thinking opened a space for critical reflection. At its worst, such space could give rise to a sense of European superiority. At its best, however, it could prompt awareness of the value of other ways of being in the world. Launay’s masterful survey of some of the Western tradition’s finest minds offers a keen exploration of the genesis of the notion of “civilization,” as well as an engaging portrait of the promises and perils of cross-cultural comparison. 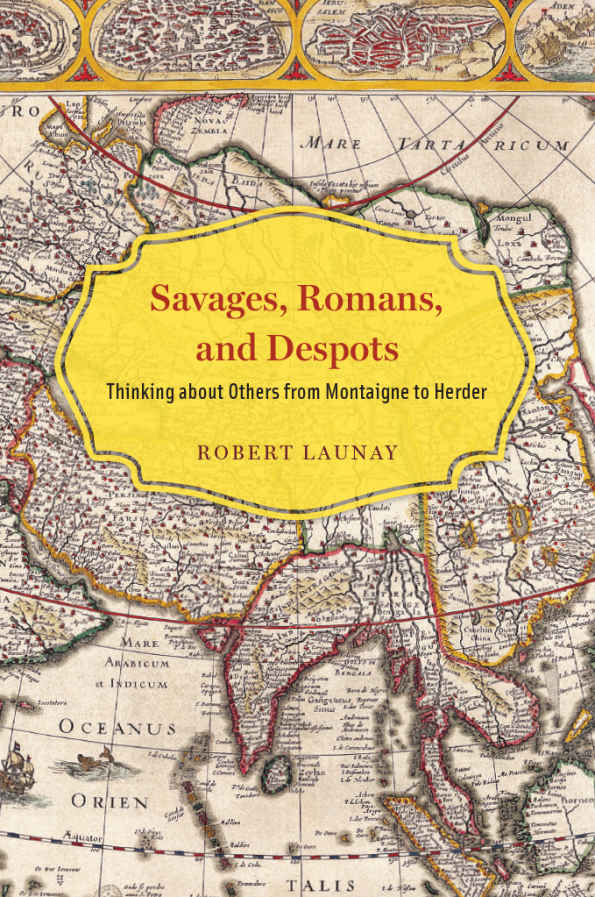 Forum of the library
Fmsh

Robert Launay is a social/cultural anthropologist trained in the United States, England, and France. He has conducted extensive field work in West Africa (specifically in Côte d’Ivoire) with Muslim minorities historically specializing in trade. His first book, Traders without Trade(Cambridge University Press), focused on how this minority was able to adapt to its loss over its former trade monopoly. His second book, Beyond the Stream: Islam and Society in a West African Town (University of California Press), which won the Amaury Talbot Prize for best African ethnography in England in 1992, dealt specifically with religious change and controversy. He has recently edited a volume on Islamic Education in Africa: Writing Boards and Blackboards (Indiana University Press, in press).

Eloi Ficquet is an anthropologist and historian, a lecturer at the Ecole des Hautes Etudes en Sciences Sociales, where he teaches comparative history and anthropology in the Horn of Africa.
His research focuses in particular on Amharic and Oromo language societies and on relations between Muslim and Christian societies.

Jean-Pierre Dozon is an anthropologist, specialist in Africa. He is currently the Vice-President of the Fondation Maison des sciences de l'homme (FMSH), Emeritus Research Director at the Institute for Development Research (IRD), member of the Institute of the African Worlds (IMAF) and Director of Studies at the Ecole des Hautes Etudes en Sciences Sociales (EHESS).
He works mainly in West Africa, on issues of development, health, ethnic issues, relations between politics and religion, as well as Franco-African relations.