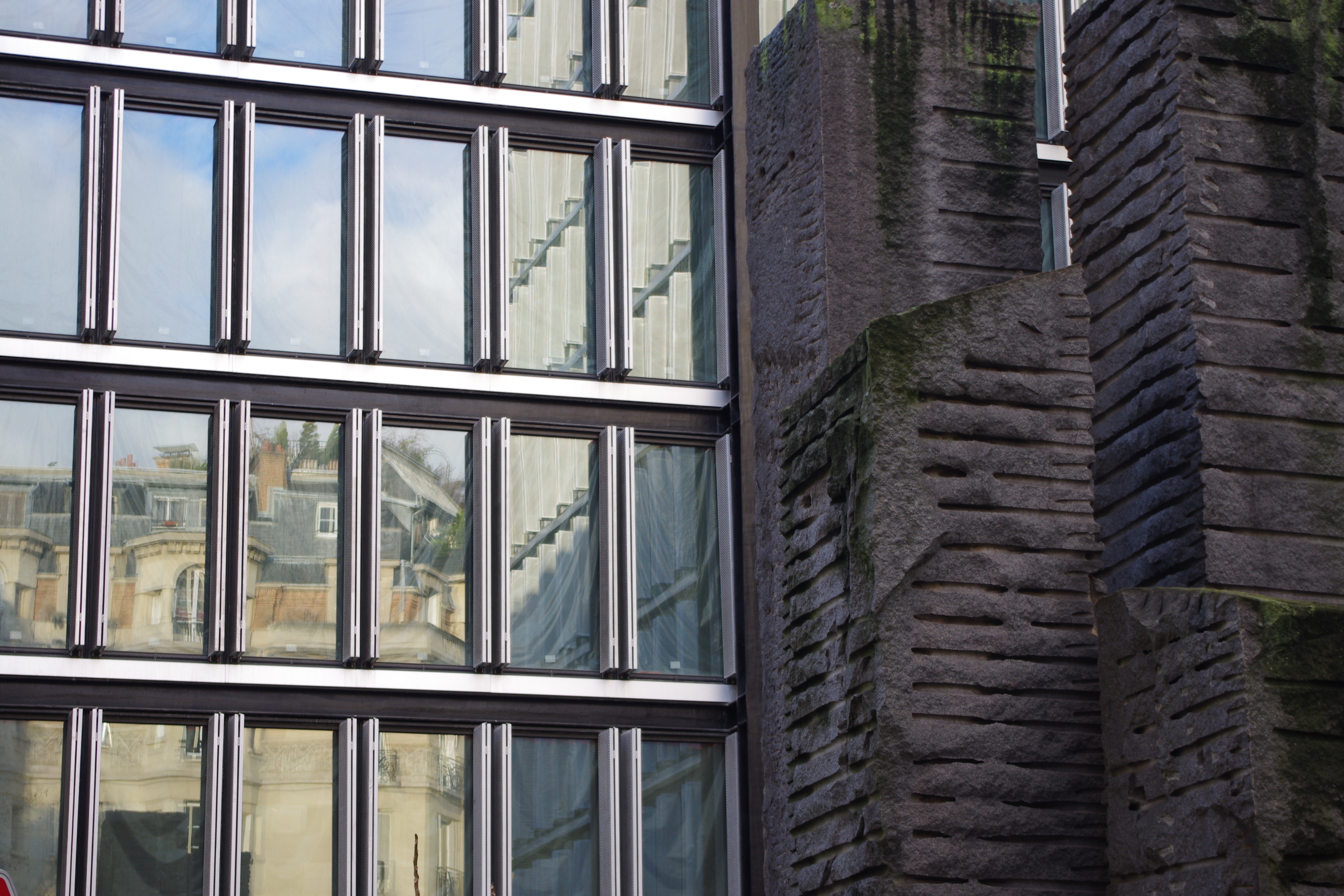 The "54" is given the "Remarkable Contemporary Architecture" label

The history of an emblematic building dedicated to the human sciences

The Cultural Affairs Direction of Île-de-France has given the “Remarkable Contemporary Architecture” label to the Fondation Maison des sciences de l’homme for its building at 54 boulevard Raspail, designed by the architects Marcel Lods, Henri Beauclair, Paul Depondt and André Malizard.

This label is awarded to constructions of a great architectural quality in the Île-de-France region.

Reasons for awarding the label

The originality of the glass-steel structure, the utilization of novel techniques and the integration of the building into its environment which have been praised.

The audacious aesthetic of the facades, marked by a visible metal structure and by the modular brise-soleils, stem directly from the geographic location of the construction. Born of a will to make Paris an epicentre of knowledge in social sciences, the building was erected on the bustling and noisy boulevard Raspail. It was thus designed to be sealed off from the exterior elements, and so the unmovable windows were made from retractable aluminium – resulting in a perpetual evolution of the appearance of the facades, alternating empty and full, between the lightness of the glass and solidity of the metal.

The label also awards the building for its innovative technology, the air conditioning system which the building is equipped with representing a state of the art technology in 1970.

The corner of boulevard Raspail and the rue du Cherche-Midi has been host to many institutions.

The religious community of Bon-Pasteur acquired the land thanks to the intervention of Louis XIV in 1688. They stayed until the French Revolution, in 1790 the building became an Army food store, then the seat of the War Council in 1800. In 1847 the building was demolished and the famous Cherche-Midi Prison was erected in its place. Colonel Alfred Dreyfus was detained and judged there in 1894.

After having been requisitioned during the Collaboration to lock up political opponents of the Nazis, the prison came under the control of the Ministry of Justice in 1947.

The building was condemned and demolished in 1966 and the land was ceded to the Ministry of Justice to the Ministry of National Education which wanted to build a research establishment to regroup twenty or so human sciences establishments dispersed throughout the capital. The building was completed in 1970 and became the seat of the Maison des Sciences de l’Homme, a foundation of public utility created in 1963 by Fernand Braudel. The Ecole des Hautes Etudes en Sciences Sociales joined the regrouping in 1976.

Social sciences in the heart of the capital

The audacious architecture of the building reflected an unrealized ambition at the moment of its creation, the reaffirmation of the importance of social sciences in classic education programs. The Maison des sciences de l’homme is part of a Parisian scientific renewal, on the edge of the Latin Quarter but well founded on the left bank traditionally destined to knowledge, and anchors Paris in the scientific exchanges in human sciences. 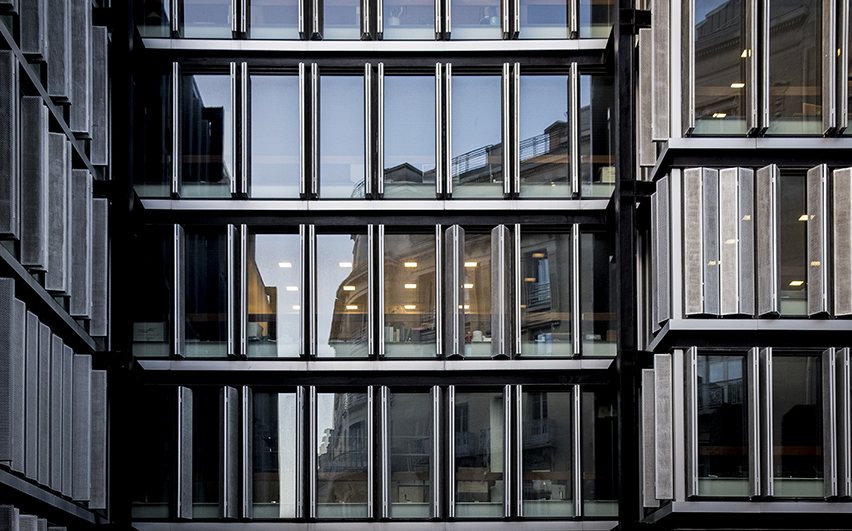 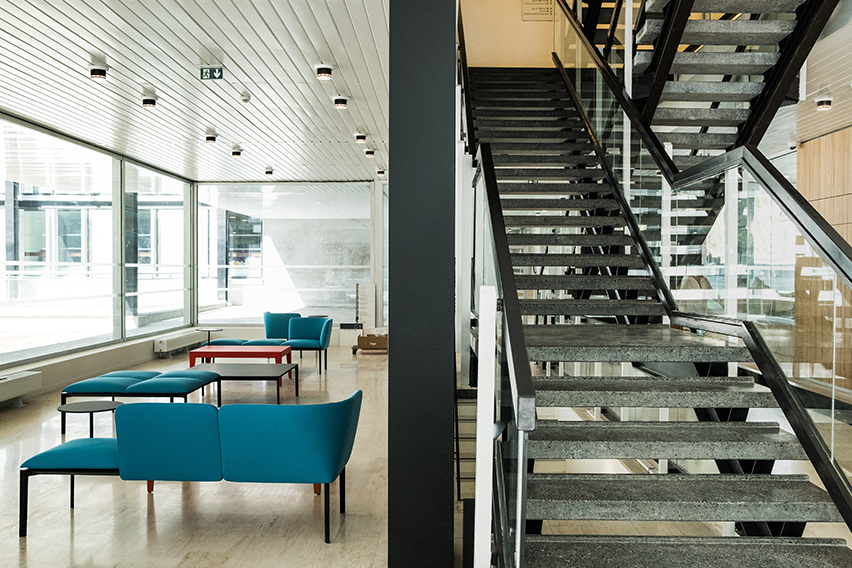 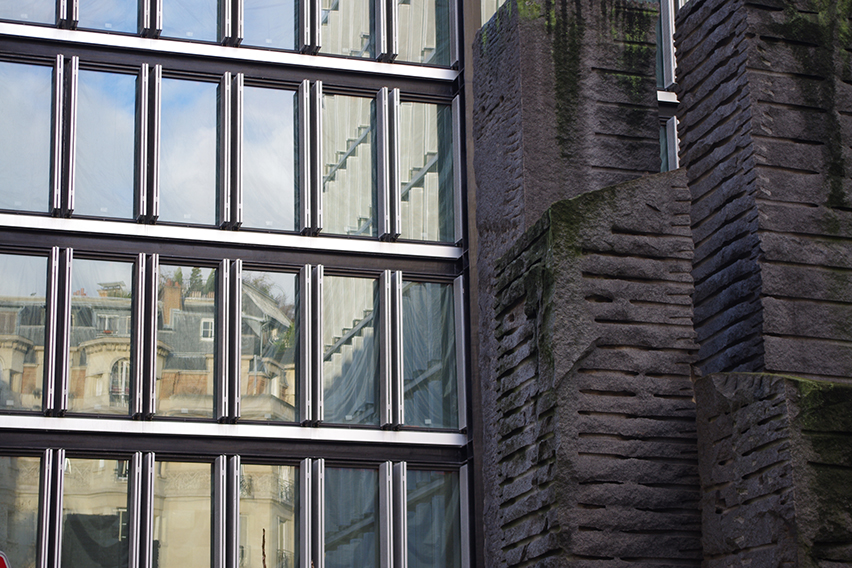